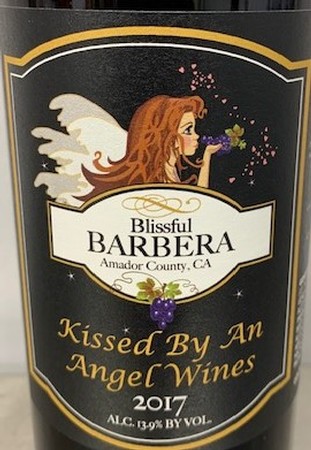 Barbera (like so many Italian wine grape varieties) has ancient origins, although it has only been traceably documented since the 17th Century. It was first cited in an official document in 1798, by Count Giuseppe Nuvolone-Pergamo of Scandaluzzo, deputy director of the Società Agraria di Torino (Agrarian Society of Turin). The count is credited with creating the first definitive list of Piedmont's wine grape varieties. Barbera-based wines were well regarded even then, for their rustic-yet-generous character. They were a favorite among Savoyard army officers, who considered the wine a "sincere companion", which helped them maintain their courage in battle.

Being naturally high in acidity, Barbera can be grown in warmer climates without producing overblown, flat wines. Even warmer sites in Sonoma Valley and the Sierra Foothills of California have produced balanced Barbera-based wines. This acidity complements the cherry flavors found in typical Barbera wines and has contributed to the (largely justified) stereotype of Italian red wines as being ripe, bright and tangy rather than voluptuous and earthy.

When young, most Barbera wines have a bright-red cherry character, distinguished from Nebbiolo (which often overshadows Barbera) by softer tannins and a certain roundness. When matured in barrel and allowed to age in bottle for a few years, this turns to a denser, sour-cherry note. A warm, Merlot-like plumminess is also commonly detectable.

Our Barbera has bright cherry fruit, low tannins, on the nose you get aromas of fresh red and blackberries. It has a soothing mouth feel and the finish is overall very pleasing to the palate.